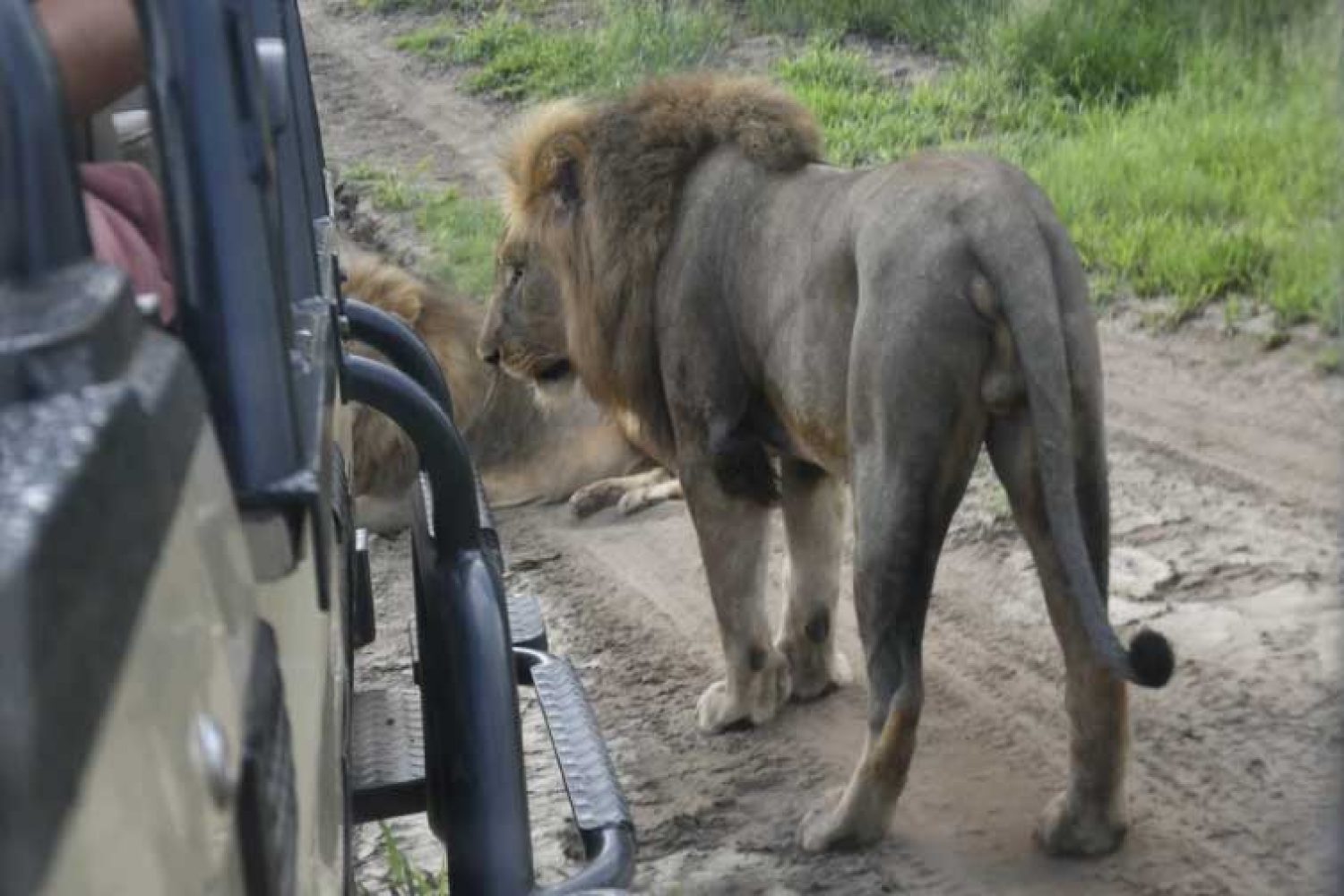 One of the highlights of a stay at Khaya Ndlovu Manor House is a safari, venturing into the sweeping wilderness of the 5500-hectare Rietspruit Game Reserve where all the iconic animal families have their own fascinating stories to tell.

Because we live here, we are constantly thrilled, and updated, by the subtleties of this wildlife playground.

Just as we were overcoming the excitement of the arrival of a family group of elephants to the reserve, we had to crack open yet another bottle of Verve!

This time, it was to celebrate the unexpected birth of a baby, just six days after mum had endured the long trip north from the Phinda Reserve.

The dynamics of the Khaya Ndlovu lions have changed a lot during the last year. The coalition of three big burly males who go by the unremarkable names of Notch, Mullet and Collar spent the greater part of lock-down chasing down Bucket’s brother, not wanting any competition for their dominance to surface.

Although just a few years old, Bucket has lived an exciting and well documented life. The story of her two-week adventure when just a tiny cub and subsequent re-connection with her mother, Hahani can be found on the Khaya Ndlovu Manor House website.

Sadly, Hahani died in July last year which left Nyaleti, the younger lioness to assume responsibility of the pride hunting for her four female cubs, as well as the Hahani siblings, Bucket, and her brother BB.

Bucket has grown into a fine specimen and between her and Nyaleti they are a formidable pair, ably keeping the herbivore population in check on the reserve. However, BB has not been seen for some months now, and one can only assume that he fell victim to the fearsome trio of males considering the tension that had escalated between them.

Exciting times lie ahead for the five rhino orphans that were released from the Rhino Revolution Rehabilitation Centre as the two young cows; Massingita and Chipoko should soon become mothers. Massingita was seen being covered by a dominant bull who had ambled across from the western corner to team up with the crash of orphans. 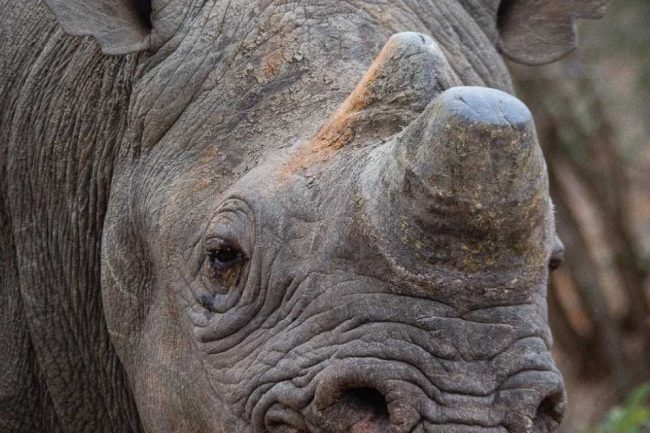 All the rhinos on the reserve are dehorned to reduce their appeal to poachers. Blood samples were taken at a recent dehorning, which have confirmed the pregnancy of the two young cows.

The black rhino cow who goes by the original name of ‘Mummy’ has been seen often enough in the company of Jock, her partner.

Her first male calf is reaching his fourth birthday, so it should not be long before we have another important addition to the black rhino population at Khaya Ndlovu.

The leopard dynamics near the lodge have changed dramatically in the last few years, with Xivati, the dominant male leopard of Khaya Ndlovu, regularly thrilling us with his presence in the northern reaches of his gargantuan territory.

During the 2018/2019 period, Xivati was seen mating on several different occasions, including the infamous Caracal Pan instance when the Khaya Ndlovu Manor House guide, Dihan Ferriera spent the night with the two lovebirds. Dihan was so excited to find the mating leopards that his burning spotlight resulted in a flat Land Cruiser battery and a long, cold night out! 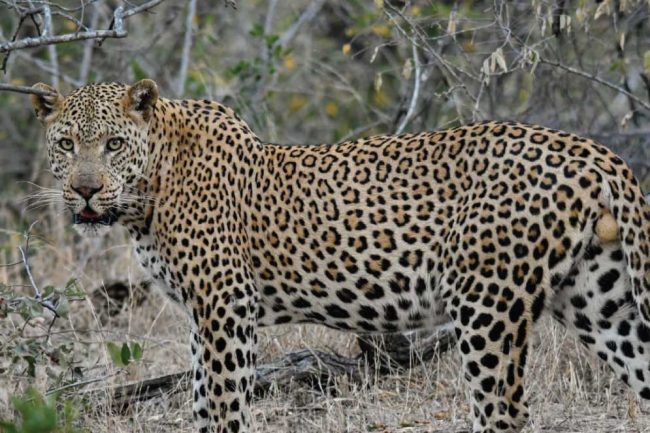 The female in question was thought to be a very shy old girl, named Mcibi.

However, the three-month gestation passed time and time again with no evidence of any cubs until security camera trap footage revealed a female leopard carrying a tiny cub in her mouth with another one trailing her.

The Khaya guides scrambled to find the den-site and after countless hours in the bush searching and tracking, the cubs were found in three different den-sites over an eight-week period. A patient and arduous habituation programme commenced, which has resulted in regular sightings of the siblings; now named Xidulu and Kwira.

The chipping alarm calls of the vervet monkeys’ resident in the Manor House garden generally send everyone skipping to the deck that overlooks the waterhole in the hopes of catching a glimpse of a predator of sorts. For a while, a trio of leopards were seen and matching the descriptions of Xidulu, Kwira and their skittish mother, it was assumed that this was them. However, after examining a photograph of one of the cubs, Dihan noticed a minuscule ‘one spot difference’ on one of the youngsters.

This variance indicates that there are two females, who each have two sets of sub adult cubs traversing the Khaya Ndlovu property, all of which are kin to Xivati! 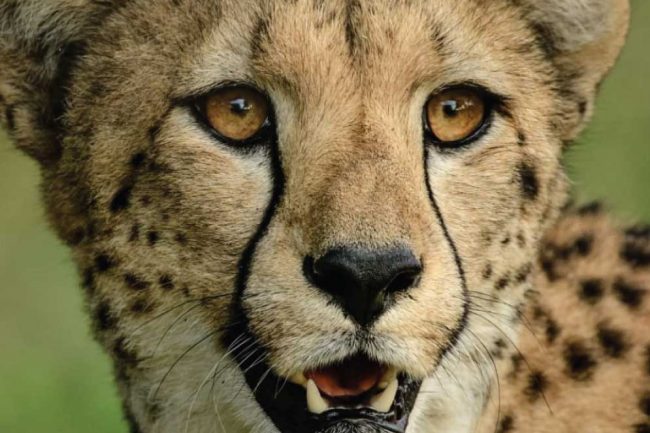 Further to our east, a young female, known as the Leadwood female, is becoming more accustomed to vehicles. She is reaching sexual maturity and should hopefully add to the leopard population in the next 12-months. She has been seen with a male on a few occasions, however there is no sign of her lactating just yet.

Under the auspices of the Endangered Wildlife Trust, (EWT) a pair of cheetahs were relocated from different reserves in South Africa to enhance the predator population of the Rietspruit Game Reserve, four years ago.

Predation on young cheetahs is a high statistic, and the young female’s first cub did not live for more than a few weeks. Her next litter produced five healthy cubs, but sadly three of them succumbed, presumably to the lions. After reaching a sustainable age, the remaining two female cubs were relocated to a wild reserve in Zambia with the intention of adding to the genetic diversity of the African cheetah population. 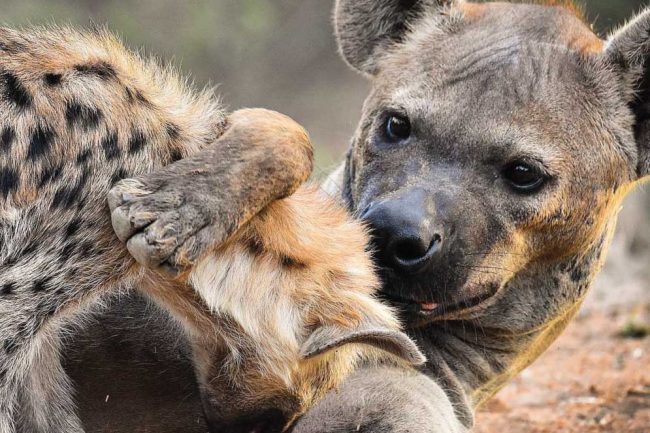 The spotted hyena populations are healthy, and these stealthy scavengers can be heard most evenings from the lodge. Whilst brown hyenas are much more elusive and not so common in the lowveld, there have been several sightings of them on the security camera traps that are scattered on the Reserve.

In addition to the much revered, iconic wildlife, there is abundance of plains game traversing the Rietspruit Game Reserve, all of which serve to provide an exceptional safari experience for the Khaya Ndlovu Manor House guests. 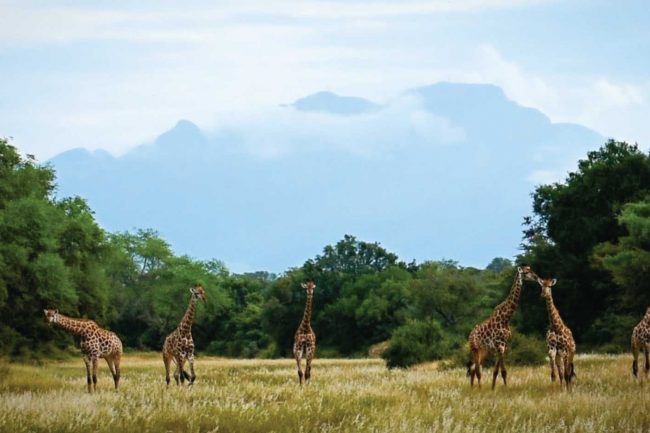 A journey of giraffe beneath the picturesque backdrop of the Klein Drakensberg mountain range. Photo by Darren Putter