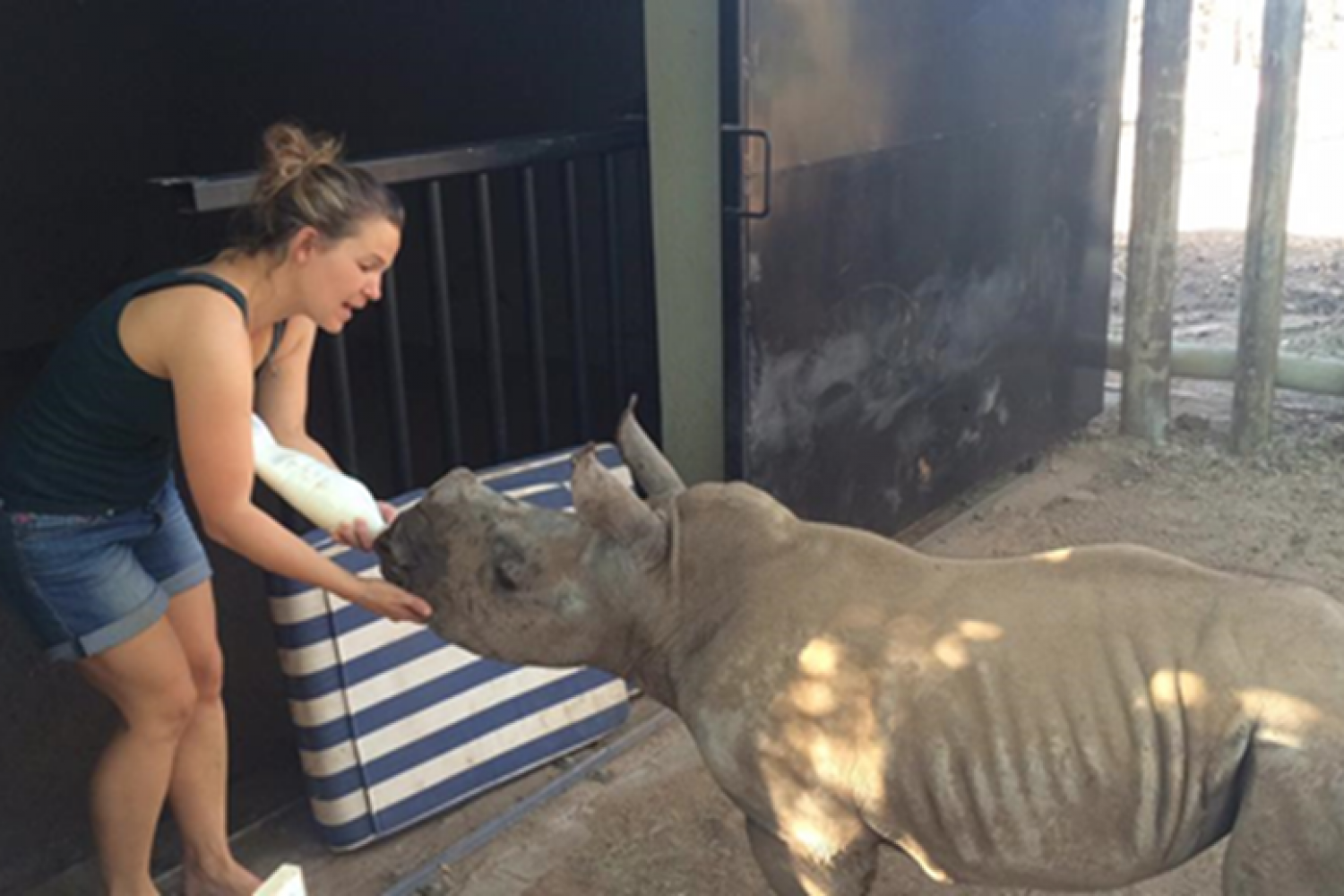 The unmistakable thudding of the helicopter rotor blades was heard minutes before the bright yellow machine appeared.

The story of Masingita, an orphaned rhino.

The Rhino Revolution team had been alerted of the impending arrival and watched anxiously, eyes focused upwards, following the powerful machine as it swooped in for the landing at the Khaya Ndlovu Manor House parking area.

Wiping dust and debris from their faces and clothes, the team raced into action. Every second counted. The traumatised passenger was a young two-to-three-month-old female rhino calf whose mother had been poached the night before on a neighbouring reserve, and the baby needed to be urgently transferred to the intensive care unit of the orphanage facility.

The local anti-poaching squad who was also the authorised crime-scene and necropsy supervisors had been called by a field guide to the bloodied carcass of the baby’s mother and determined instantly from her swollen udder that she was nursing a calf. However, there was no baby in sight and the expert trackers set off in search of the calf, their trained eyes detecting the miniscule tracks through the dense bush. After locating the terrified infant, she was immediately darted by Dr Peter Rogers and prepared for her short helicopter flight across to the orphanage.

She was a pitiful bundle of bones and wilting grey skin, hungry, confused, and anxious, and it was evident by the stern-faced veterinary nurses, Jade Aldridge and Natalie Rogers that it would be a miracle if she were to survive.

Once she was safely settled, Dr Rogers set about stabilising her with energising intravenous drips whilst the nurses prepared the long and arduous task of gaining enough of the baby’s trust so that she would take a bottle of especially prepared rhino-milk formula. From experience, the nurses were always on the look out for post-traumatic stress symptoms, and these soon presented themselves. For the next few days, just as the sun was setting and darkness fell, the baby would charge at the stable walls, squealing pitifully as she crashed her little body into the sides of the walls, creating bruises and wounds, and even more trauma for her already stressed self.  After a few days of this repetitive behaviour, the nurses concluded that as her mother had been shot at dusk, the dimming light triggered her stress, and thereafter left the stable lights on bright throughout the night.

Once they were sure that the baby was out of the woods, the nurses christened her – Masingita, the Tsonga word for miracle, an appropriate name for a baby that had survived when the odds were so firmly stacked against her.

Four years later, Masingita and her four orphanage companions, all victims of poaching that had been raised in the facility, were released onto the Rietspruit Game Reserve to resume their life in the wild.  A year or so after their release, the crash of orphans was joined by a dominant bull, who had left his former territory on the Reserve to court the females, and you can imagine the excitement when a Khaya Ndlovu Manor House guide witnessed the bull mating with Masingita.

The white rhino gestation period is approximately 500 days; a long and frustrating time that we had to endure whilst we patiently waited to see if Masingita’s liaison with the wild bull had resulted in a viable pregnancy.

Finally, on 12 November 2021, a new-born female calf was spotted during an afternoon Manor House game drive by one of our regular international guests, Kim Colson.  The baby has subsequently been named Lesedi, the Tswana word for light.

There is no official handbook written about raising orphaned rhino, but Lesedi’s birth has validated Rhino Revolution’s rehabilitation process, and in so doing fulfilled the ethos of true conservation, a calf born in the wild to a hand-raised, rewilded rhino!

“Where there is great love, there are always miracles” was a phrase coined by the American novelist, Willa Cather, and it is fair to say that a second miracle has arisen in the young life of Masingita, especially when one considers the tragic little bundle of skin and bone that emerged from the helicopter in early November of 2015! 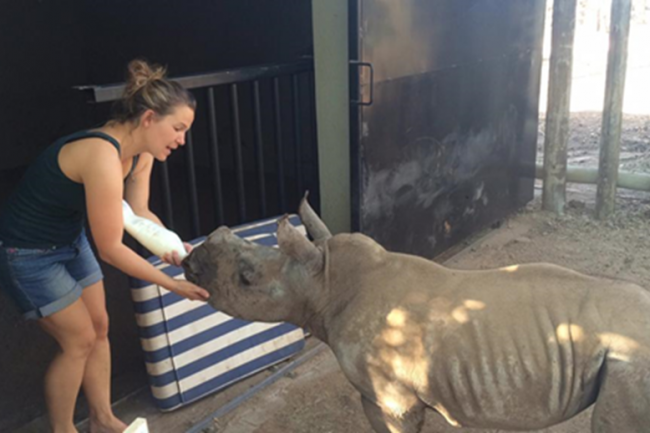 Masingita keeps a watchful eye on her newborn calf, Lesedi.

Masingita takes a bottle of formula from Natalie shortly after she arrived at the orphanage. 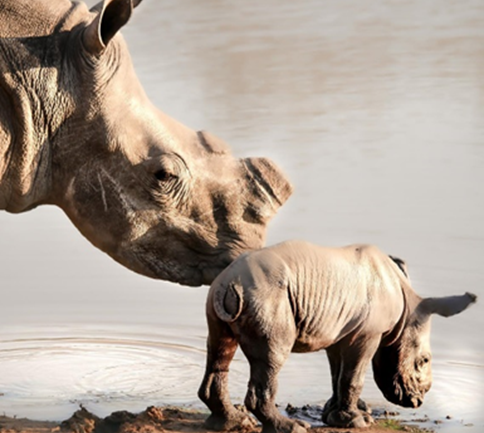