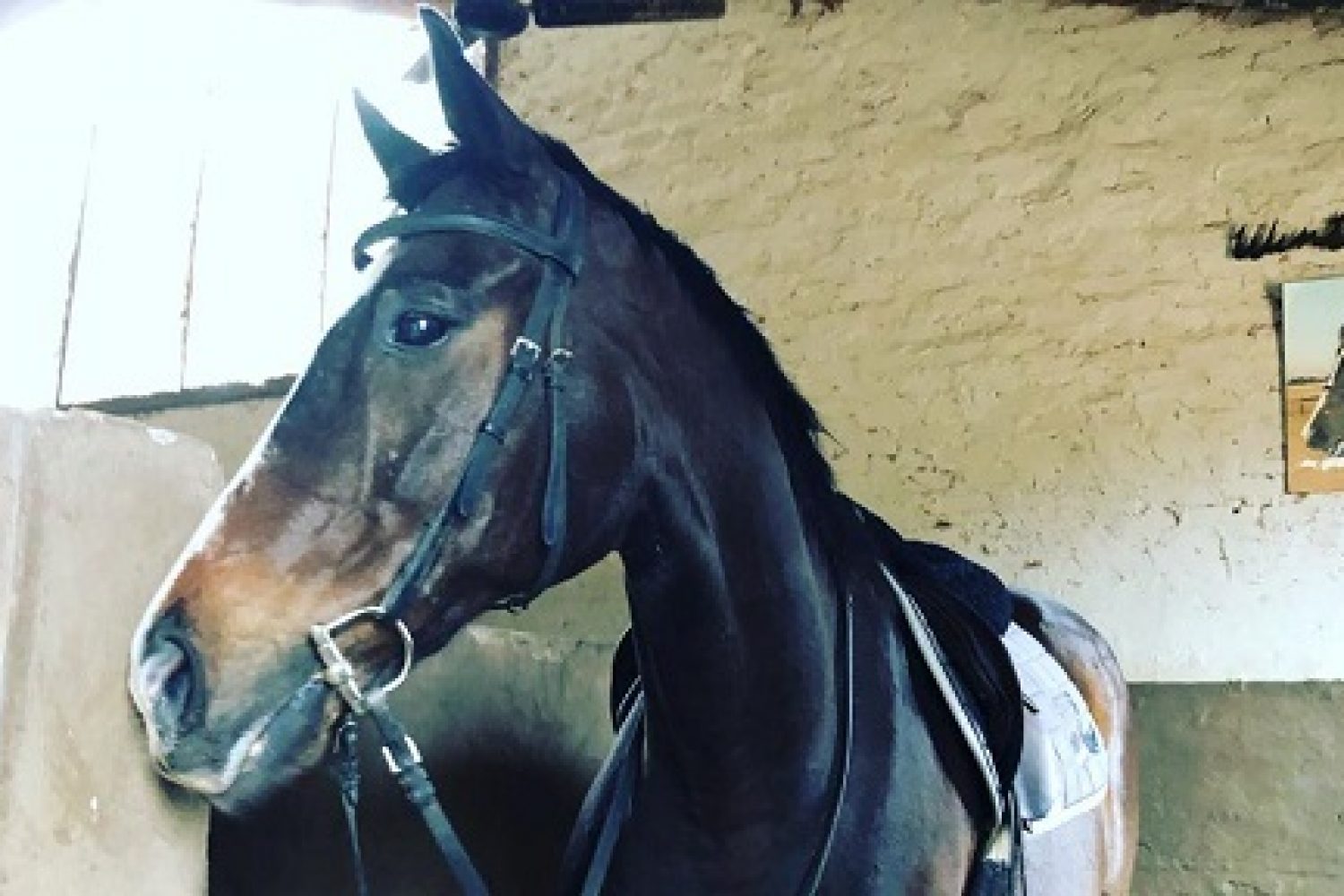 Their ears point with pride, apart from the occasional flicker detecting a foraging warthog scratching amongst the crispy offerings of the dry African bushveld.

These past warriors of the turf who won 28 races between them move silently along the game paths and the reserve boundaries, in their quest to assist in the protection of our wildlife.

“We watch for any signs of human incursion” explained Sam, who assists with the horse-back patrols, “and check the game paths where protein poachers set snares for the unsuspecting animals that use them.”

The horses have been a Godsend in our quest to protect our wildlife. They move silently the veld, offering an elevated field of vision for the patrol guards, whilst leaving no carbon emissions or other unsightly traces apart from a harmless hoof print! 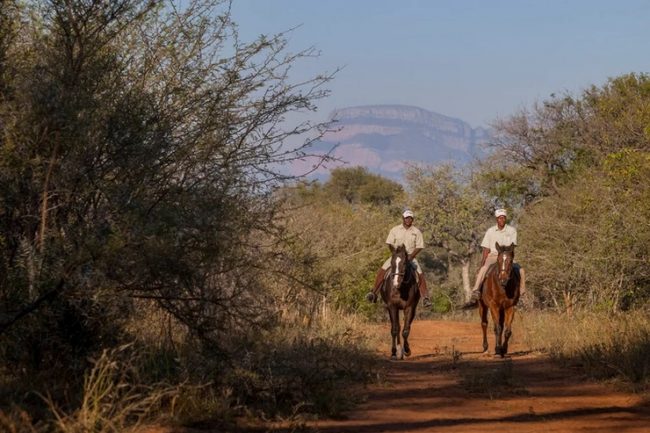 Heading the regal thoroughbred team is the former Zimbabwean champion Horse-of the-Year, Winter’s Night. Easily recognizable by his big white face and renowned in his racing days for his front-running tactics, which carried him to victory in 8 races including the Derby, the Michaelmas Handicap, as well as the Group 2, OK Grand Challenge and Castle Tankard, Winter’s as he is fondly known is still happiest, when out in front and leading the patrols.

One Last Trick also won 8 races, including a Group 3 sprint. Standing over 17 hands high, this gentle giant is the tallest of our team and has become very adept at picking his way through

the African bushveld.  Clever, some will say, as he avoids the vicious barbs of a Buffalothorn and other prickly tree species at all costs, but will drag his rider with absolutely no thought given below the overhanging branches of all the barbless trees that he somehow seems to have learnt to recognize!

Beat Patrol was a speedy sand star in his racing day, winning six races at the Vaal sand track. This memory is obviously stored safely between his taut bay ears, evidenced by his performance every time the horses track across the dry sand of the Rietspruit riverbed. The gentle patrol stroll becomes an excitable jog, as he feels the sand beneath his hooves, no doubt wondering where the racing commentary and crowds have gone!

Last but by no means least is Splendid Tambur, a handsome chestnut who won six races during his active racing career.  Generally solid and steady, Splendid has one Achilles heel, and that is the numerous and very frightening prides of rocks that lie motionless along the roads and trails! 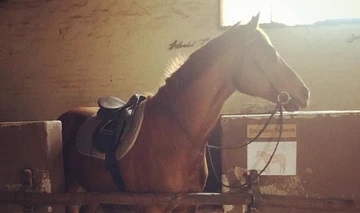 Please support our anti-poaching team in these very trying times.

We are aware that poaching for protein is on the increase as so many local community members have been laid off in the face of the ugly COVID-19 pandemic.