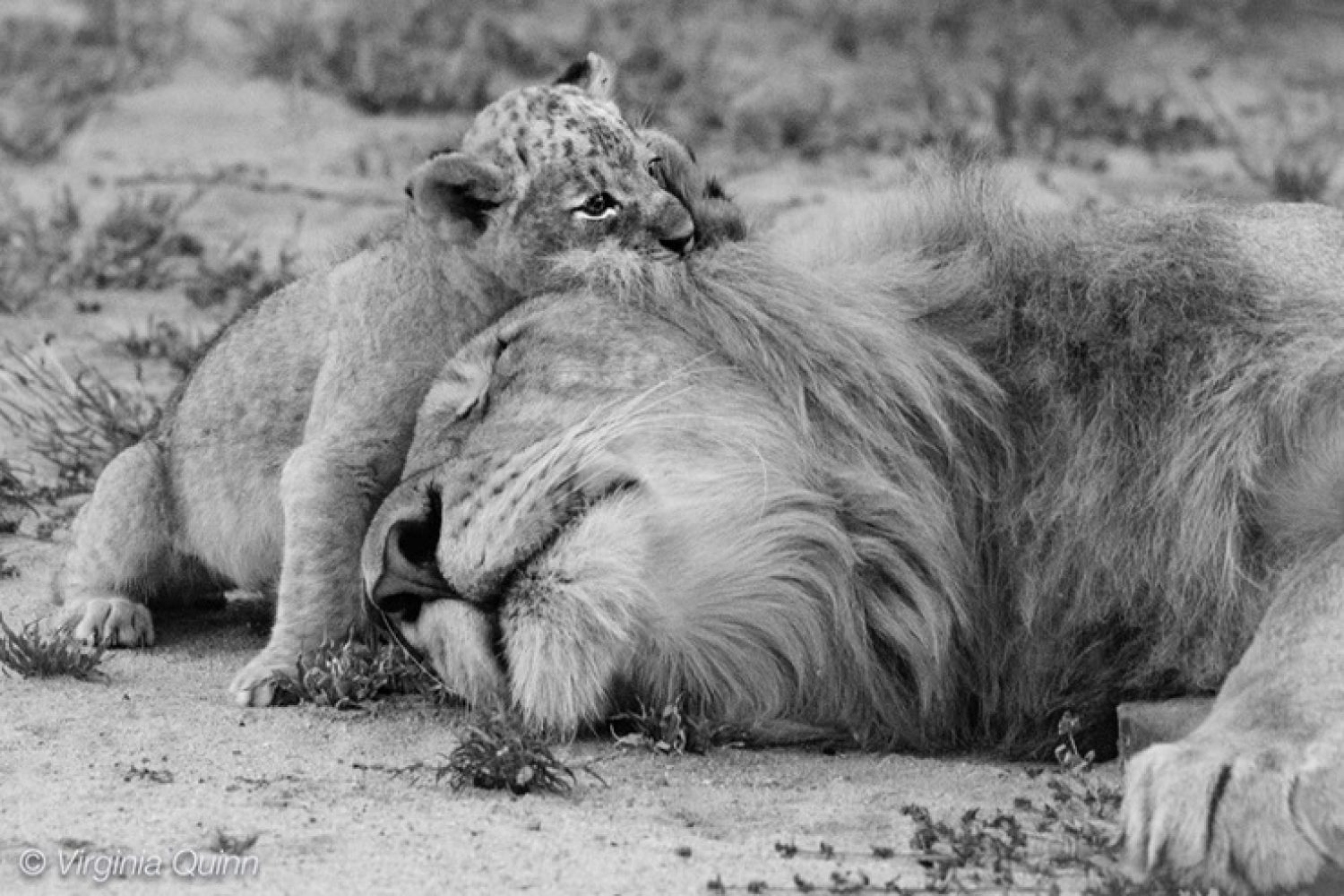 It has been almost a year since Sam, the Khaya Ndlovu Manor House tracker innocently walked into the queen of our lion pride, Hahani giving birth to her first litter of cubs.

It has been almost a year since Sam, the Khaya Ndlovu Manor House tracker innocently walked into the queen of our lion pride, Hahani giving birth to her first litter of cubs.  They were to become known as Bucket and her brother BB.

Bucket and her brother BB, (short for Bucket’s brother) and reached celebrity status after the very well-documented story broke about Bucket’s 12-day foray with her father and uncles when just a few weeks old.

For those who followed Bucket’s terrifying adventure, they will know that she was safely reunited with her mother, courtesy of an unsuspecting impala, two or three Leadwood homeowners and some nifty ‘MacGyvering’ by the Painteddogtv team, Brent Leo Smith and Wium Dornbrak.

It has been almost ten months since Bucket’s terrifying adventure and the great news is that she has thrived, despite her 12-day dearth of maternal love and milk at a crucial stage of her life. She was joined by a quartet of cousins later in the year, courtesy of the younger lioness, Nyeleti, the Tsonga word for star.

We talk about the dynamics of this exciting lion pride regularly at Khaya Ndlovu, so I was delighted at the discovery, a few days ago of a furry life-size toy lioness at the local second-hand shop. Her piercing glass-green eyes begged for a home as she stared down at me from a cluttered shelf that she shared with all sorts of unlikely pre-loved apparel. I was so excited to tell my daughter Emma, who was married at Khaya Ndlovu in September last year, and whose first baby is due in August, that I had found the perfectly appropriate toy for the nursery that she is beginning to put together in her living quarters in the game-rich Sabi Sand reserve, where she manages a Lodge.

However, whilst awaiting delivery to Emma, the toy lioness, now also named Nyeleti is causing quite a stir as she languishes on the bed in the spare bedroom. The sixth unsuspecting person has emerged from the bedroom, hurling profanities and screaming hysterically screeching slurs of heart attacks and nervous breakdowns, so I am beginning to re-think my well-meant and doting involvement in decorating the said nursery!

Perhaps a good old traditional teddy bear or fluffy bunny would be more appropriate if this impending new arrival is to be void of nursery nightmares and no doubt granny to be is spending far too much time in the bush!