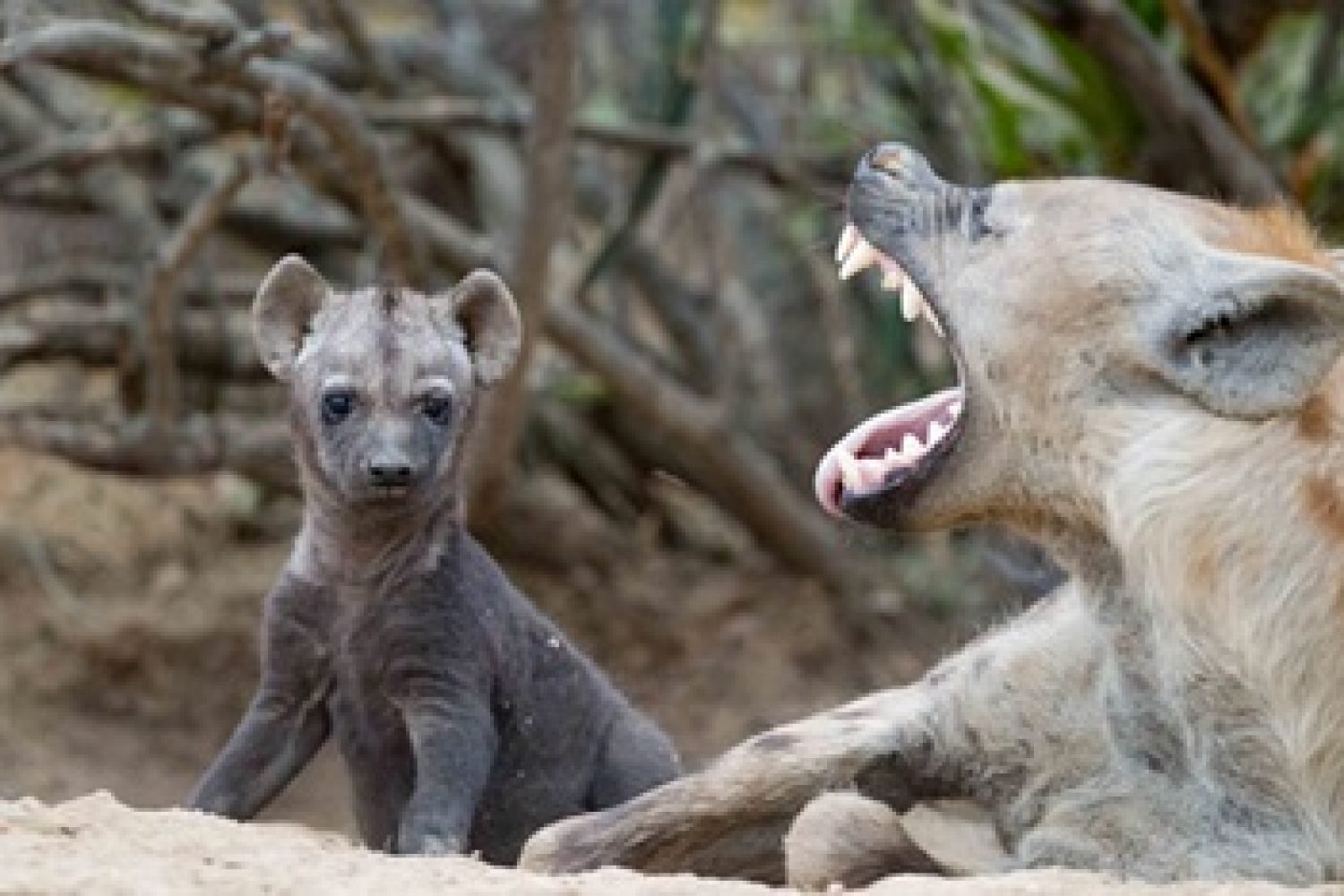 A FEW WEEKS ago, we shared the story of Bucket the lion cub that ventured off and spent ten days without milk, whilst hanging with the boys

We are happy to report that since being reunited with her mother; Bucket and brother BB, have been spotted on our recent game drives and both cubs are doing well.

Talking of babies, there has been an eruption! A new hyena den has been located on the Rietspruit Reserve, with twin sub-adult cubs, as well as a much younger baby in residence. The Sandy Bend female leopard has also been seen regularly teaching her twin cubs, estimated to about six months now, how to hunt. The young family were even seen sipping from one of the swimming pools on the Leadwood Big Game Estate, which forms part of the Rietspruit Game Reserve. 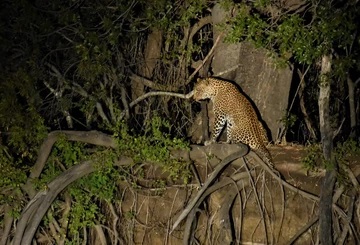 It’s a little wonder then, that Xivati, the male leopard that has been seen hanging around Khaya Ndlovu Manor House decided it was time to get in on the baby boom. He was recently seen making eyes, or should I say spots, at an unidentified female, now named Mcibi, on the banks of the Sandspruit River.

News of this romance spread quickly and Dihan our guide, who has taken the typical ranger’s obsession with leopards to a new personal depth, set off on a mission to find them. Although the sun had started to dip below the mountains, it was not long before Dihan had tracked down the pair of affectionate cats. Enthralled by this incredible sighting, he settled down to spend some quality time watching and admiring the leopards, well into the night.

It was cold, dark and apart from the occasional musical whoop of the odd hyena, deathly quiet when Dihan decided to head back to Khaya Ndlovu. He looked forward to a drink alongside the fire and a later than usual dinner, courtesy of super-chef Garth.

To Dihan’s dismay however, as he turned the cruiser’s ignition key, he was met with the dreaded flat-battery-indicating metallic click! He was going nowhere! The intensely bright spotlight that Dihan used sporadically to watch the leopards was also linked to the cruiser electrics and had exhausted any chance of radio contact! He then reached for his cell-phone, a last gasp attempt at communication… just to discover another signal-seeking, deadened battery! 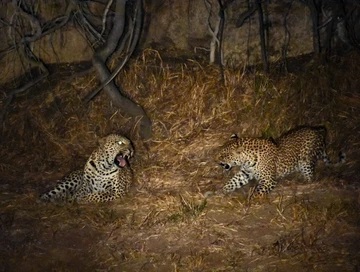 Not wanting to risk a walk back to the lodge in the dark, Dihan set about preparing himself for a sleepless night under the stars. Dressed in the symbolic, ranger khaki shorts and short-sleeved shirt, it was going to be a long, frosty affair!

In true Bear Grylles fashion, Dihan gathered a few twigs and dry grass and managed to light a fire by torchlight, draining any remaining fragments of life from his spotlight!  Securing himself with a wall of broken branches around the cruiser, Dihan endured a lengthy, cold and sleepless night, grateful for the company of Xivati and Mcibi who continued all night long in their quest to add to the baby-boom on the Rietspruit Game Reserve! If you happen to see Dihan setting off with a sleeping bag on his customary leopard forays into the bush, please, please don’t ask why! It’s a sore point!