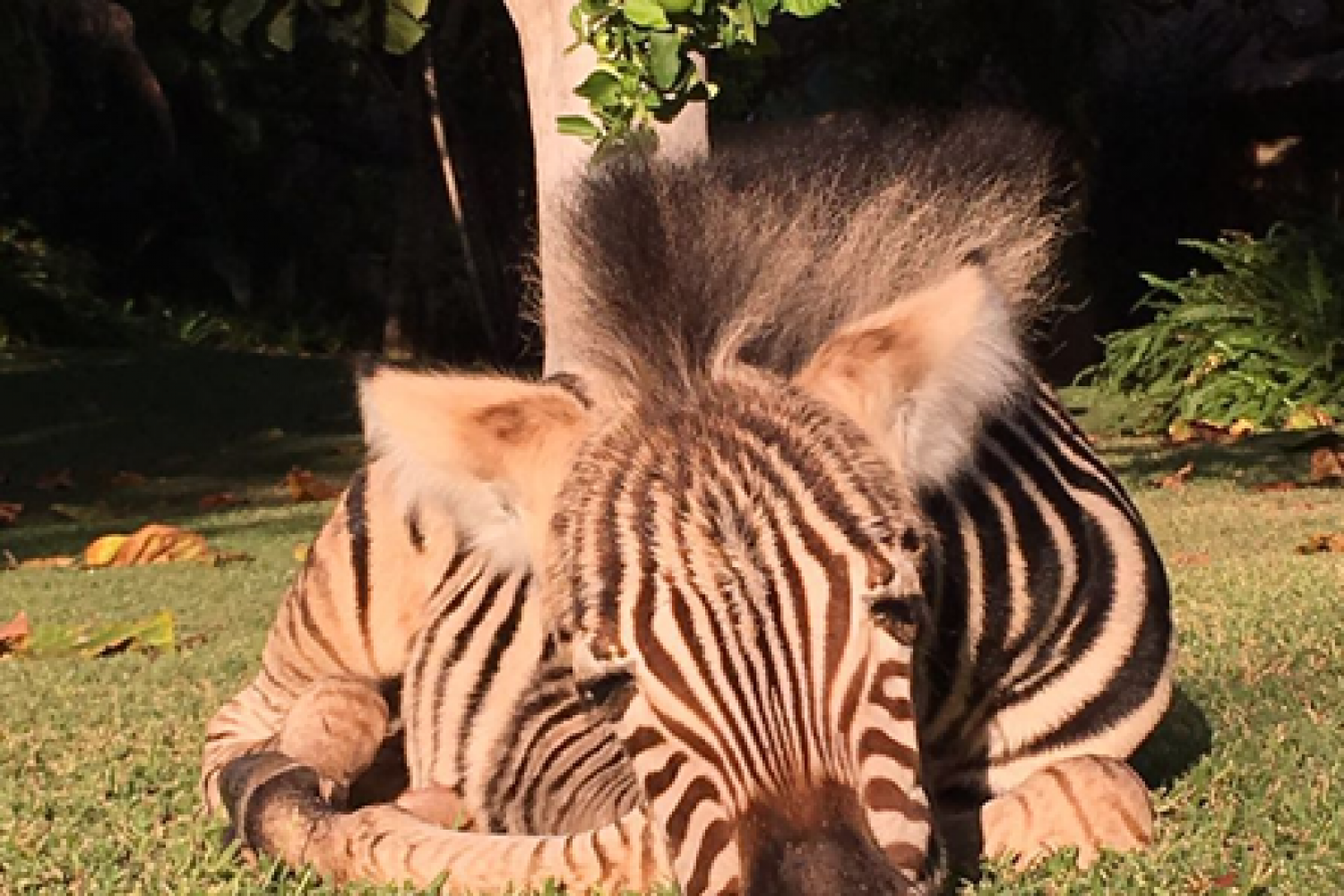 When I happened to innocently mention that today, 31 January is International Zebra Day, I did not expect the barrage of questions that tore into me!

Why would anyone celebrate a day in honour of the common stripy equids? After all, they are not endangered, or even unusual, and neither are they difficult to find on safari!

The origins of celebrating any World Animal Day date back to the early 1920’s and were aimed at eradicating animal cruelty and recognizing all animals’ welfare. It is about respecting all living creatures, not just those that are endangered. Animals are perceived in different ways the world over; revered by some nations and abused and exploited by others, so as we honour a humble zebra on the last day of January, I feel it very appropriate to tell you about my zebra daughter, Georgina; named in honour of my late father, George.

Orphaned at a few days, the tiny waif-like zebra filly weighing just 27 kgs was thrust into my arms by the veterinary nurses at Rhino Revolution’s rehabilitation facility. ‘’You are the horsy type around here!” they said, ‘’over to you, we are busy with rhinos!”

Georgina had been found on the River Lodge property at Thornybush. Her umbilical cord was still soft and damp, and her tiny pebble-like milk teeth were barely present. It was obvious that she was less than a week old. I never knew the exact reason behind her orphaned status. It is possible her dam fell victim to the resident Black Dam lion pride but there was also a chance that her drought-stressed mum was not lactating and was therefore unable to nurse her and had kicked her out of the herd. 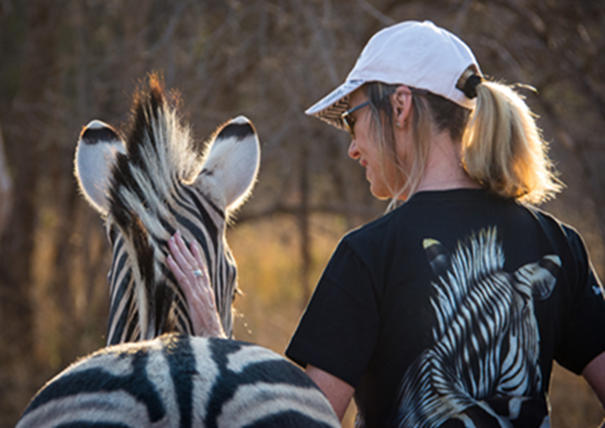 For obvious reasons, a zebra foal imprints on its dam at birth and easily recognises her amongst all the other stripes in the herd. With three hourly bottle feeds needing to be administered, night and day, I soon became the positive imprint on Georgina as her mother! This became a real-life challenge for me as there was no escaping for a bathroom-break or a meal without Georgina in tow. She simply followed me wherever I went, even through the Persian carpet-clad passages and art-adorned walls of the Khaya Ndlovu Manor House.

As Georgina grew up, she spent her days with our four regally bred anti-poaching ex-racehorses. The quartet of equine athletes had won 30 races between them, but their days are now spent patrolling fences and checking for snares on the Rietspruit Game Reserve.

My happy-ever-after wish and dream for Georgina was always that she would join a wild zebra herd on the Reserve, however various attempts at getting her to join up failed dismally. She absolutely refused to leave her thoroughbred family and would return to the stables at Khaya Ndlovu without fail.

I shed many tears when it became glaringly obvious to me that she would need to be moved from the Lodge surrounds, although, I was to learn, not so most of the Khaya staff!

To be fair though, Georgina had never displayed any signs of real savagery!

Boisterous…maybe yes and there were a few things that offered testament to her sharp teeth; like the metallic scar where guide Peter’s side-wing mirror had once sat and handyman; Riaan’s no-longer, car-door handle! As she became increasingly jealous of me, however, her self-professed mother, I simply could not take the chance that she would not take issue with an over-zealous guest.

Georgina was moved to a wildlife estate not far from Khaya Ndlovu. She is happy and well and has the option to join a small herd of resident zebras. As we celebrate World Zebra Day, my biggest wish is that she becomes a zebra mum herself. When her foal imprints on her; at least then she will know exactly what I went through, but above all, will feel the real love a zebra foal has for her mother! 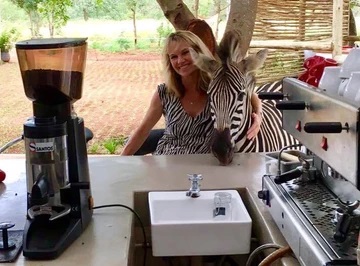